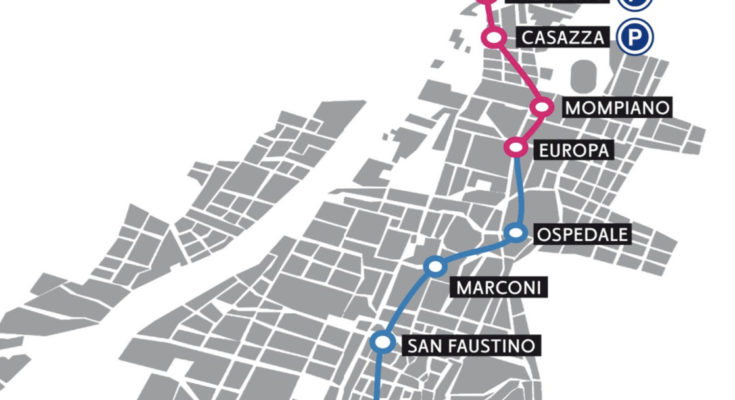 Brescia Metro, officially known as Metropolitana di Brescia, is the rapid transit system operating in the Brescia city in Lombardy region of Italy. Brescia is the smallest city Europe to own a metro system. With the opening of the metro, the Brescia city got a timely, convenient and affordable mode of public transport.

Currently, the system has a single line and it connects 17 stations. The track is 13.7 km long. It is operated by a fully automated driverless train control technology. Trains can run at a maximum speed of 80 km/hour, though normally the speed is 30 km/hour. Brescia Mobilità S.p.A. monitors the operation of the system. Every day, around 44,100 people travel by Brescia Metro.

Brescia was in serious need of a rapid transit network. Being the fourth largest city in the northwest Italy and the home to a large number of inhabitants, the city was heavily under road traffic congestion problems.

The first initiative was taken in the 1980s when fully automated metro systems started operating in various European cities. A number of feasibility studies were undertaken all of which reported in favor of an automated light rail metro system. However, the project was terminated in 1996.

In later years, funding came from central and local governments. In 2000, an international tender for the construction of the first phase of a metro system was announced. It was won by a group of companies consisted of AnsaldoBreda, Ansaldo STS, Acciona and Astaldi. In April 2003 a contract worth € 575 million was signed. Construction work started in 2004 and the system began operation on 2nd March 2013. The system was built in a very cost-effective way.

Since 2nd March 2014, the system stays open from 5 AM to midnight, weekdays or weekends. On peak hours, a train comes every 4 minutes; on off-peak hours every 8-10 minutes. The frequency changes with the onset of winter and with the beginning of the academic year.

You’ll get the details of train frequency here.

Brescia Metro line is spread from Prealpino in the northern part of the city to Sant´Eufemia-Buffalora in the southeastern part. A depot is located at near the Sant´Eufemia-Buffalora station. It takes about 30 minutes to complete a full journey on the line. However, this duration changes subject to variations in train frequency. Each station is built very near to the previous station as the city authority aims to reduce the use of automobiles.

The system has a deep level tube tunnel running under the city center. 8 of system’s stations (Marconi,Ospedale, Vittoria, San Faustino, Bresciadue, Stazione FS, Volta and Lamarmora) are located inside the tunnel whereas five others (Casazza, Prealpino, Europa,Mompiano and San Polo) are just below the surface level. Two stations (Sant’Eufemia – Buffalora and Sanpolino) are elevated. The remaining two (San Polo Parco and Poliambulanza) are built at the ground level.

Being close to the main shopping street and important squares in the city center area, Vittoria is the busiest station in the whole system. The Sant’Eufemia-Buffalora terminal is within city’s industrial and commercial belt. San Faustino is located in the historic parts of the city.

At present, 18 AnsaldoBreda Driverless Metro trains are put in operation. 14 of them are used regularly; 4 are kept in reserve. These vehicles are similar to those used in Copenhagen Metro. The trains are each 39 meters long, 2.65 meters wide having 3 cars. Each train has a capacity of 314 riders. With these vehicles and the set headway, currently, the metro system can carry maximum 8500 riders per hour in either direction. If needed, the authority has plans to increase the number of vehicles up to 40.

It is only the beginning of a massive project that aims to connect the entire city and also nearby suburbs by a single subway network. The authority plans to build a 3.5 km long line between Fiera Exhibition Ground and Lamarmora Station. The line is going to cover a highly populated locality of the city. Another line is proposed between Inzino and Prealpino through the Trompia Valley region.

The entire area of operation is divided into two zones and the fare is decided depending on the zones traveled. Brescia Municipality area constitutes zone 1. Nearby municipalities are covered under zone 2. A ticket for zone 1 costs € 1.40, for zone 1+2 is € 1.90. Aside from this ticket, passengers can also buy season tickets and passes. Tickets can be bought from the physical ticket sales points as well as using the Brescia Mobilità official app. A single ticket or pass can be used for both, metro as well as bus within Brescia Mobilità network.

Get more insight on the ticket and fare systems from here. 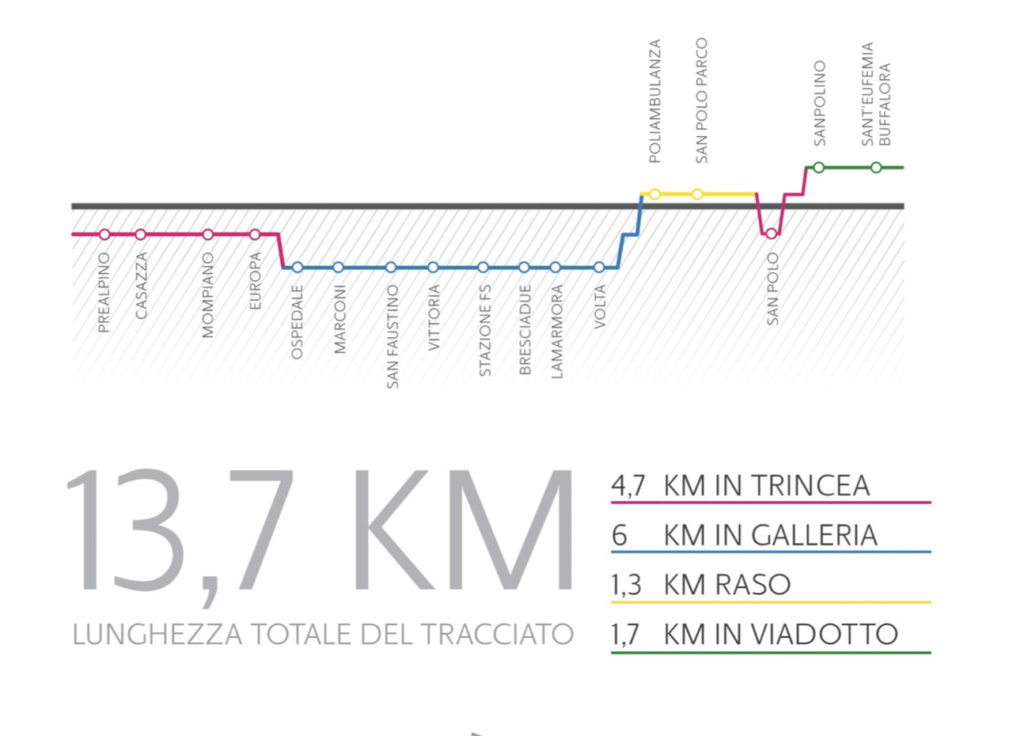 Here are some tips to better use the Brescia Metro system. 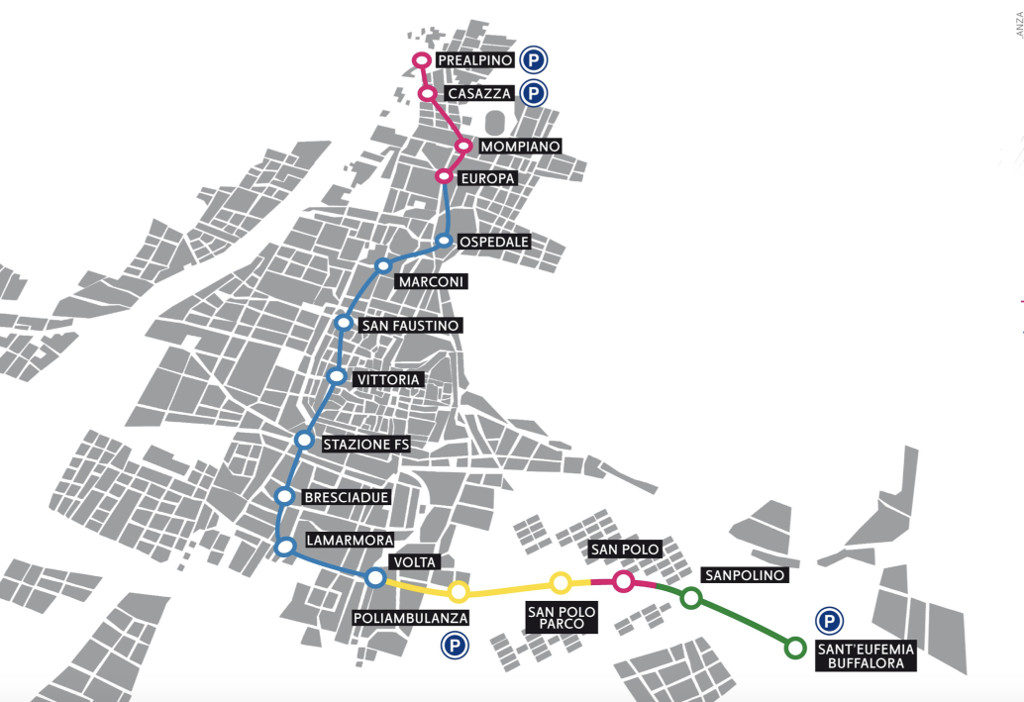