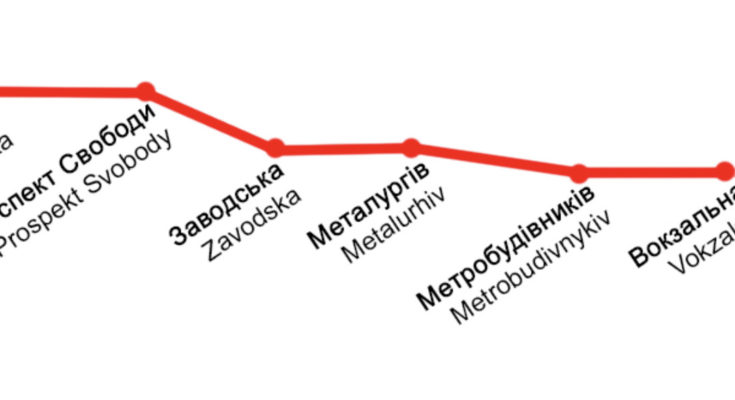 The Dnipropetrovsk Metro system is located in the city of Dnipropetrovsk, Ukraine. It has been in operation for over two decades and is comprised of six stations: Pokrovska (formerly known as Komunarivska), Prospekt Svobody (also known as the “Liberty Avenue” station), Zavodska, Metalurhiv, Metrobudivnykiv, and Vokzalna. The metro was opened on December 29th, 1995 and spans a distance of 7.8 kilometers.
There are currently a total of 45 passenger cars running on the Dnipropetrovsk Metro. Each train carries 3 cars at once. At the height of the metro’s popularity, each train car generally carried five cars. The number has decreased with the flow of traffic over the years.
The average trip time is about 14 minutes.

The idea for the metro was conceived in 1979, as a response to the city’s population boom and its need to reduce traffic problems in Dnipropetrovsk. In 1981, the Russian government designated the Dnipropetrovsk Metro system as one of the city’s most important building projects. Construction began in March of 1982 and took 13 years to complete. The process was delayed for two reasons: building complications and the collapse of the Soviet Union.

Dnipropetrovsk Metro runs from east to west, starting with Vokzalna station and ending with Pokrovska station. The line currently only has stations located in the industrial part of the city.

The locations of the six active stations in the system are as follows:

Today, the city of Dnipropetrovsk is the third most populous city in the Ukraine. Over 6 million passengers rode the Dnipropetrovsk Metro in 2015, and plans are in place to expand the system by three stations no later than 2017. The new stations Teatralna, Tsentralna, and Muzeina will extend the line by 3 kilometers, and bring part of the metro into the center of the city. Upon completion of the expansion, the metro will cover a total distance of 11.8 kilometers.
There are talks of a future expansion that could extend the system to span a much greater distance of 80 kilometers, but as of this writing no plans have been funded or confirmed.

The cost of a single transport on the Dnipropetrovsk Metro is 2 hryvnia (UAH).

Tokens are required for entrance. These tokens can be purchased in the lobby of each station and redeemed in the station turnstiles. Commuters will also be given a badge for travel in the metro.

As of May 2015, commuters can now purchase monthly passes for the Dnipropetrovsk Metro system. The price of a civilian ticket is 235 UAH, while students can purchase a ticket for only 118 UAH. Unlike single travel tokens, monthly passes cannot be purchased at every station. They are currently only available for purchase at the Prospekt Svobody station, the Vokzalna station, and the Pokrovska station.

Additionally, passes can be purchased at 125 Karl Marx Boulevard and at 1 Petrovsky Square.

Dnipropetrovsk Metro opens its doors at 5:30am and runs until 11:00pm.
A train schedule can be found hanging in each of the six Dnipropetrovsk stations. Schedules are also posted online and updated daily.

The Dnipropetrovsk Metro system has its own museum, dedicated to its history and construction. The museum is located at 8 Kurchatov Street and hosts numerous photographs, films, and artifacts collected from the original construction.

Though Dnipropetrovsk itself is a largely industrial city, it is home to many untouched historical buildings. There are also a number of art and history museums, the breathtaking Transfiguration Cathedral, and a number of popular shopping destinations along the Karl Marx Prospekt at the heart of the city.

Construction of the Dnipropetrovsk Metro took place during the height of Cold War tensions, resulting in five of the six Dnipropetrovsk stations being built more than 70 meters underground. Having a deep, subterranean system of transport doubled as a civil defense in the event of a nuclear missile strike. Even today, these five stations are only accessible by escalator. Pokrovska is the only station that is accessible by stairs. 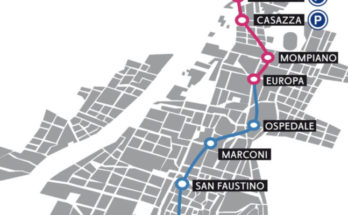