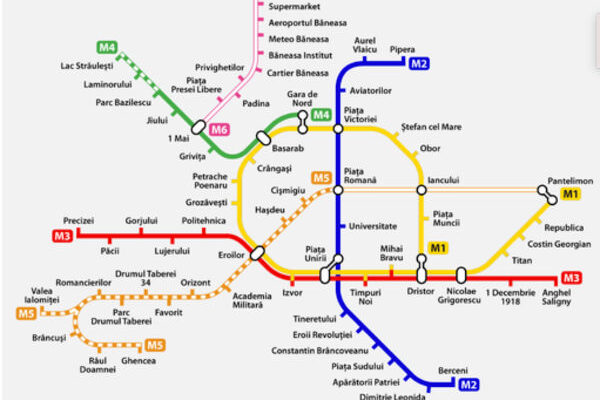 Bucharest, capital of Romania, has the largest public transport system in Romania and one of the largest in Europe.
It is run by Regia Autonomă de Transport București (RATB) since 1909. The system includes a bus network (autobuz),
tram (tramvai), trolley bus (troilebuz) and the metro system (Metrou).

As you can see, public transport in Bucharest is very cheap as goverment featherbeds. Metro use magnetic stripe cards.

Hours of operation: Metrou trains operate from 05:00 to 23:00 from monday to sunday.

We could say that Metrou Bucharest as a frequency of 3 to 7 minutes during peak time, and from 15 to 20 minutes off-peak.
But depending on the line we can be a little bit more specific:
Peak time

Connection to the Airports