Minsk Metro, the only one underground system in Belarus, started its works in 1977 to be finally opened in 1984.
Currently it consists of 2 lines, 29 stations and a total length of 40.5 kilometers. A third line is planned that could be completed
between 2019 and 2020. In the future a fourth semicircular line could be projected.

The two metro lines serve the city on a x-shape path. The intersection of these two lines occurs in the
Kupalovskaya station. Minsk metro circulates at an average speed of 50Km/h although there are routes on which can reach 70 to 80kms/h.
Minsk metro is used by 870,000 passengers daily. Definitely one of the best ways to travel and see the city of Minsk.

It is interesting to note that most stations are named in Belorussian, but people refer to them in its Russian name
(The name in both languages is often very similar)

You can use Minsk metro with tokens and contactless cards. A token is valid for a single trip, this is since you validate your ticket untill you leave the system. No matter
the distance or the stations. A token price is Br4,500 (€0.35)

Contactless cards are aimed for the regular user. You need to pay a deposit fee.
Periods of 10 days and 42 trips can be bought aswell as 15 and 30 days with 120 maximum number of trips

Minsk metro is quite safe. It’s equipped with security cameras even within the wagons.
You can find security and police personnel on the platforms and at the entrance to the subway. Among other security measures there are
metal detectors and scanners.

As in other systems in the former Soviet Union decoration of the stations is quite impressive. 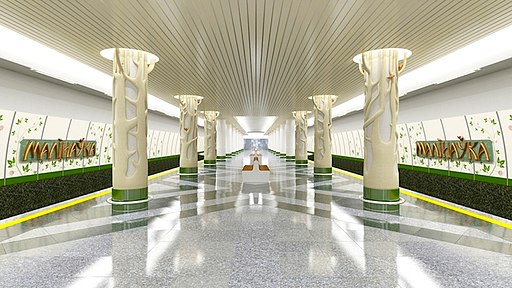 In April 11, 2011 there was an attack that killed 6 people at the station Oktyabrskaya.

Most of the stations have elevators for passengers with reduced mobility.

There is signal of major mobile operators in the subway.

During construction works of the Nemiga station remains of an ancient city were found. Archaeologists were working for 2 years on that but
suddenly it was decided to re-cover the discovery with sand.

There are maps of the metro lines within the wagons and indications of attractions and major streets to help visitors in the stations. 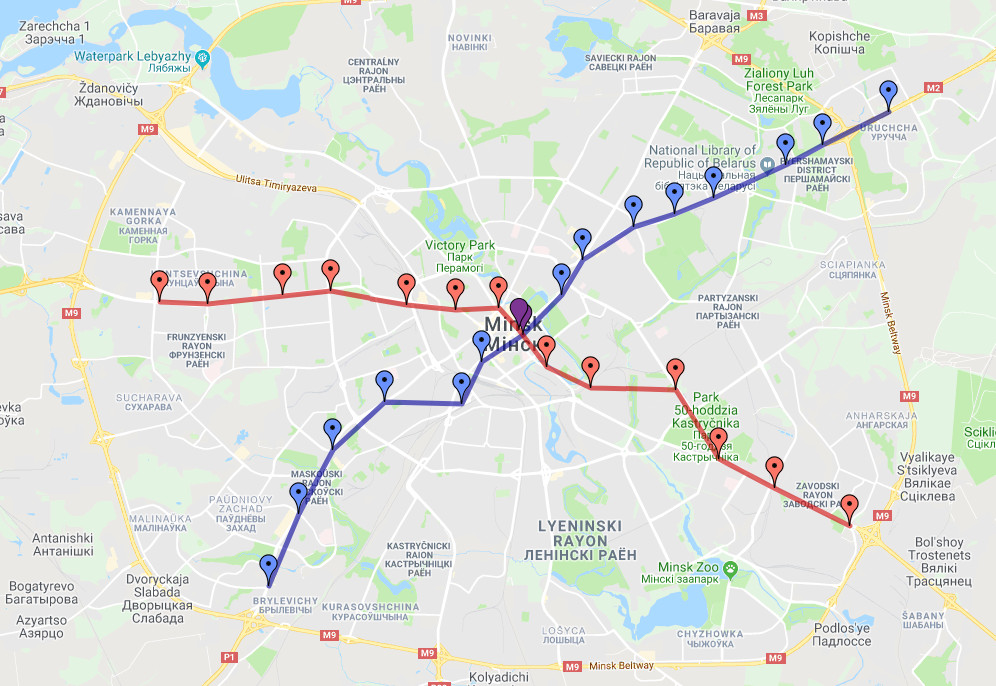