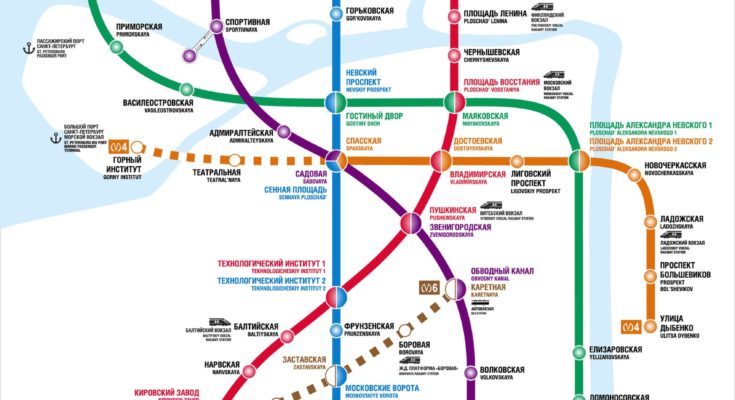 The first plan to build a metro in St. Petersburg was designed back in 1899, but could not be carried out because of, first, world war and later the Revolution of 1917. The first metro line Avtovo to Ploschad Vosstania was inaugurated on November 15, 1955. Since then the St. Petersburg metro has evolved to its current configuration: in 2015 the St. Petersburg metro consists of 67 stations, 5 lines and 113.2 km of tracks. Transports 2.3 million users daily and employs 14,500 people.

Although the St. Petersburg metro is not as spectacular as, for example the Moscow metro can be, it’s an architectural wonder.
The Metro connects the city center to the periphery. It serves the russian cities of St. Petersburg and Leningrad Oblast. Curious facts about this system is that this subway is the deepest in the world and also is the 16 th most used subway in the world with about 800 million passengers a year.

The underground is run by Sankt-Peterburgsky Metropoliten, which is a public company. There are plans to expand the subway, new stations and more kilometers of tracks would be added.

The St. Petersburg metro has 5 lines designated by name and color.

Saint Petersburg metro starts operating at 5.45am until 01:00 am. Only on special occasions like New Year the service continues until 2:00 am. The frequency of trains during the day is 2 to 3 minutes, but at some point during rush hour can be 95 seconds. In the early hours and last of service, frequency is a little lower. Rush Hour in St. Petersburg metro is 8.00-9.00 am and 5.00-7.00 pm.

The metro works with tokens known as zheton. A single ticket is independent of distance, as in St. Petersburg metro zones do not exist. To travel to anywhere in the city, you need a single ticket that costs 31 rubles. Tickets can be purchased at any station in ticket vending machines.

There also are magnetic passes and electronic cards. For frequent travelers there are monthly cards. Also there are weekly Podorozhnik cards, with which you can store credit and “pay as you go”. You can buy and preload travels in this card. Ie: 10 trips valid for one week with a price of 295 rubles cards. 20 trips for 15 days and 40 trips for a month for 560 rubles and 1070 respectively.

All the info about rates at the Official Website

St. Petersburg metro offers free parking for its users. There are special ticket on the subway that let you use these areas.
Parking tickets are valid for 2 trips in one day. They are issued in the parking lot along with a receipt of the parked vehicle.

Only vehicles entering Ride Park’n areas between 7-00 am and 8-01 pm have to pay a special fee.

The station built deeper in the system is Admiralteyskaya, exactly 86 meters underground.

Beware if you’re going to video record inside the stations because you need a special permit. Photos without flash do not need permits. Information is available in English for the traveler.

You are allowed to carry skis, snowboards, bikes for children in their holsters, … provided they do not exceed a certain dimensions.

Pets in cages not exceeding 120 cm in height, width or length are allowed.

There are metro plans subway in English and Russian in each car and in many places around the stations. The speaker only advertise in Russian. 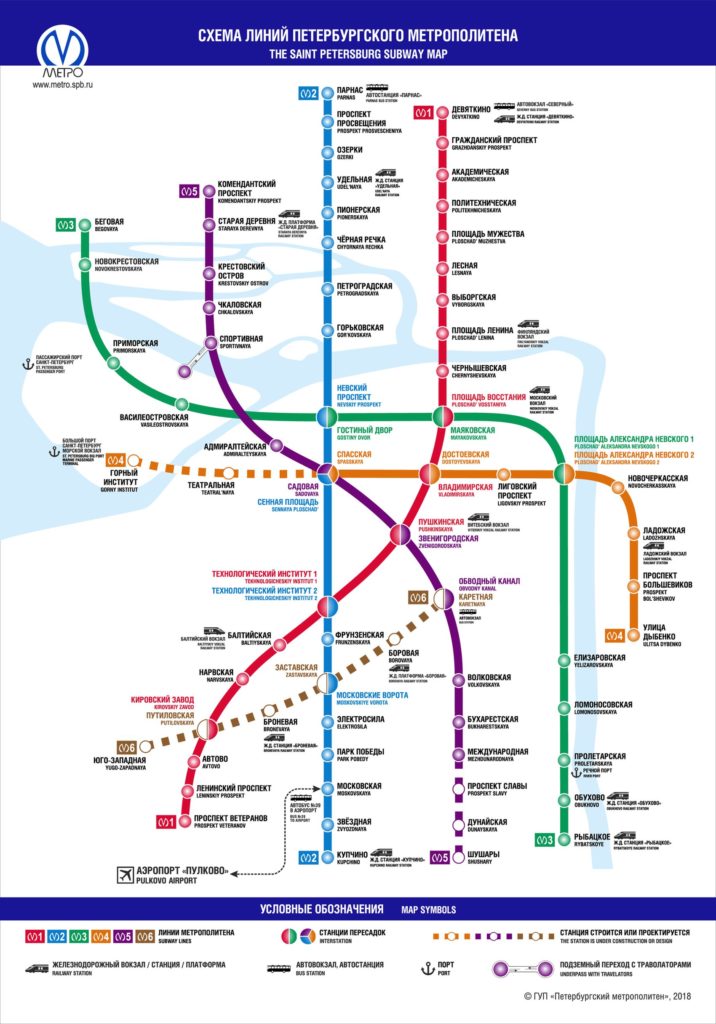